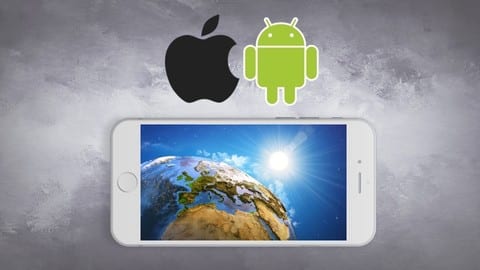 for Android and iOS

What Will I Learn?

This is an introduction to programming and app development class series, partly based on an upper-division undergraduate introductory programming languages course from the Computer Science department at UCLA.

Whether you’re interested to learn making apps for fun, would like to start app development as a side-job, or even want to pick up software development as a career, this course will give you the background and practice you need to get started and take off on your own.

This is a 17-week course. We will spend 8 weeks on principles of computer programming. Next we’ll learn things specific to designing and developing mobile apps, for both iOS and Android, and we’ll finish the course by developing a sample app together in both these platforms. After the completion of the course, I’ll ask you to design and develop an app of your own choice. We’ll make this course interactive. For 17 weeks since the start of your course, I’ll be available online to answer your questions and provide you feedback, especially during the time you will be making your own app (last 4 weeks).

The course covers concepts from Functional languages, Imperative languages, and Object-Oriented languages, in the context of the following languages: Java for Android, Swift for iOS.

Who is the target audience?

Numpy Pandas In Python From Scratch

React For The Rest Of Us